If you’re looking for a simple, hearty, and inexpensive side dish that you pair with just about any meal, you’ve got to try succotash. This colorful mix of corn, lima beans, and tomatoes has a natural subtle sweetness balanced with savory broth, herbs, and a creamy butter finish. It’s one of those combinations that is so simple, but you won’t be able to stop shoveling it into your mouth, forkful after forkful.

Succotash is a simple dish of stewed corn and beans that originated with the Narragansett people in what is now the New England region of the U.S. The Narragansett called the dish sahquttahhash, or “broken corn kernels”, and introduced it to colonists in the 17th century when it likely took on its current name. Over the centuries the dish has taken many forms and has become part of classic southern cuisine in the U.S. The version you’ll find below is simple, delicious, and most importantly budget-friendly!

Succotash can take many forms, but the common thread between most versions is a combination of corn and lima beans stewed together with other vegetables, herbs, and sometimes a fatty meat. My version is very simple with corn, lima beans, tomatoes, and onions, all stewed together in a little bit of chicken broth and finished with a little creamy butter.

Some people love to add a little bacon or salt pork to their succotash to give it an extra flavor punch. Other vegetables that can be commonly found in succotash include red bell pepper, okra, squash, and garlic.

What to Serve with Succotash

Succotash is a very versatile side dish and can be served alongside any grilled meat, baked fish, or pork chops. Succotash would also be great to add to a bowl meal, or just it as a bed on your plate for some Garlic Butter Shrimp. YUM! 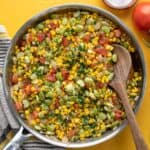 How to Make Succotash – Step by Step Photos

Begin by dicing one yellow onion. Add the onion and 2 Tbsp butter to a large skillet and sauté over medium heat until the onions are softened.

While the corn and beans are simmering, dice one large tomato (or 2 small tomatoes). Stir the diced tomatoes into the skillet then continue to simmer, without a lid and stirring occasionally, for an additional 5 minutes.

Taste the mixture and add more salt to taste (I added another ½ tsp). Finally, add two more tablespoons of butter and stir them in until melted. 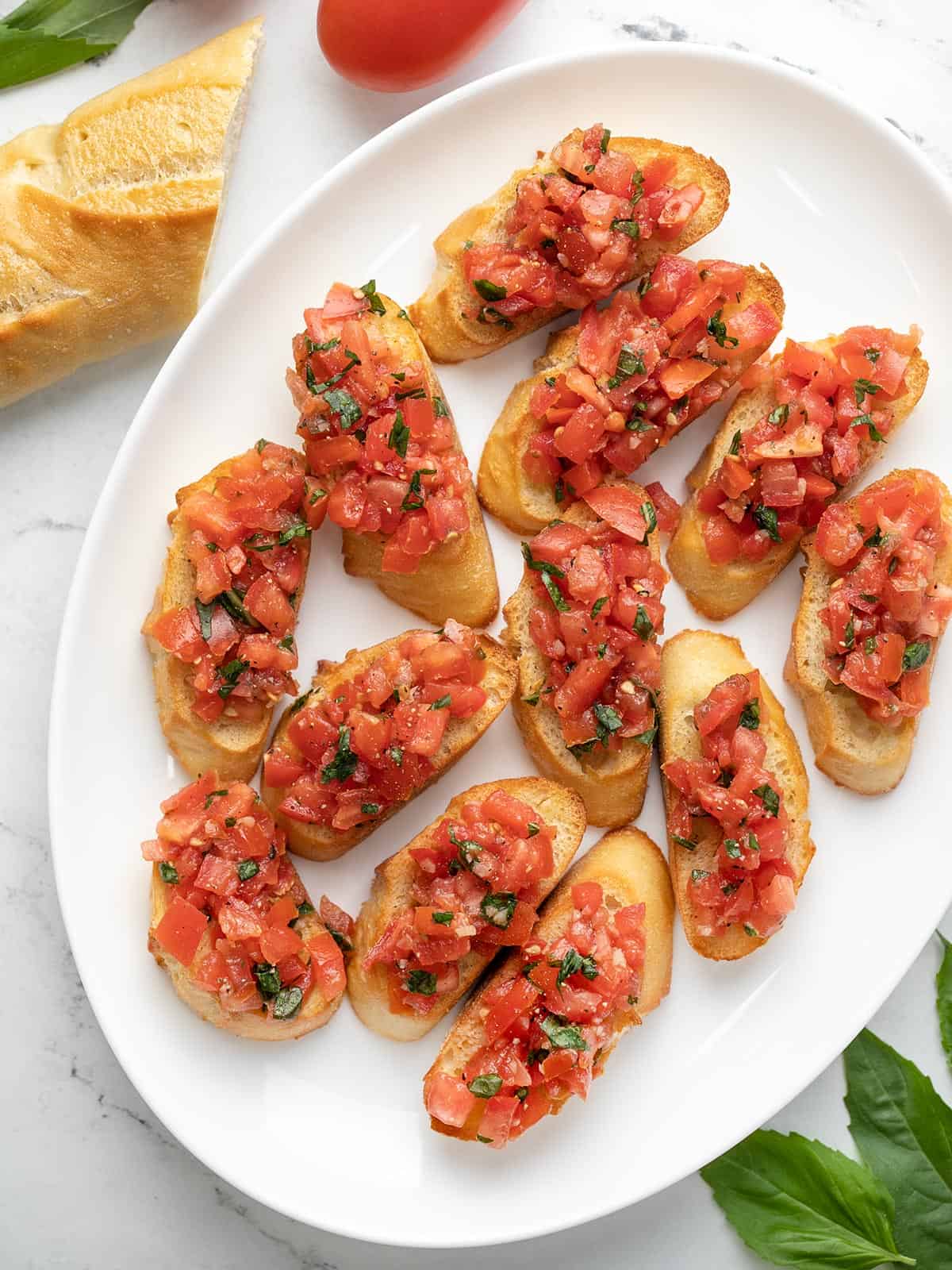 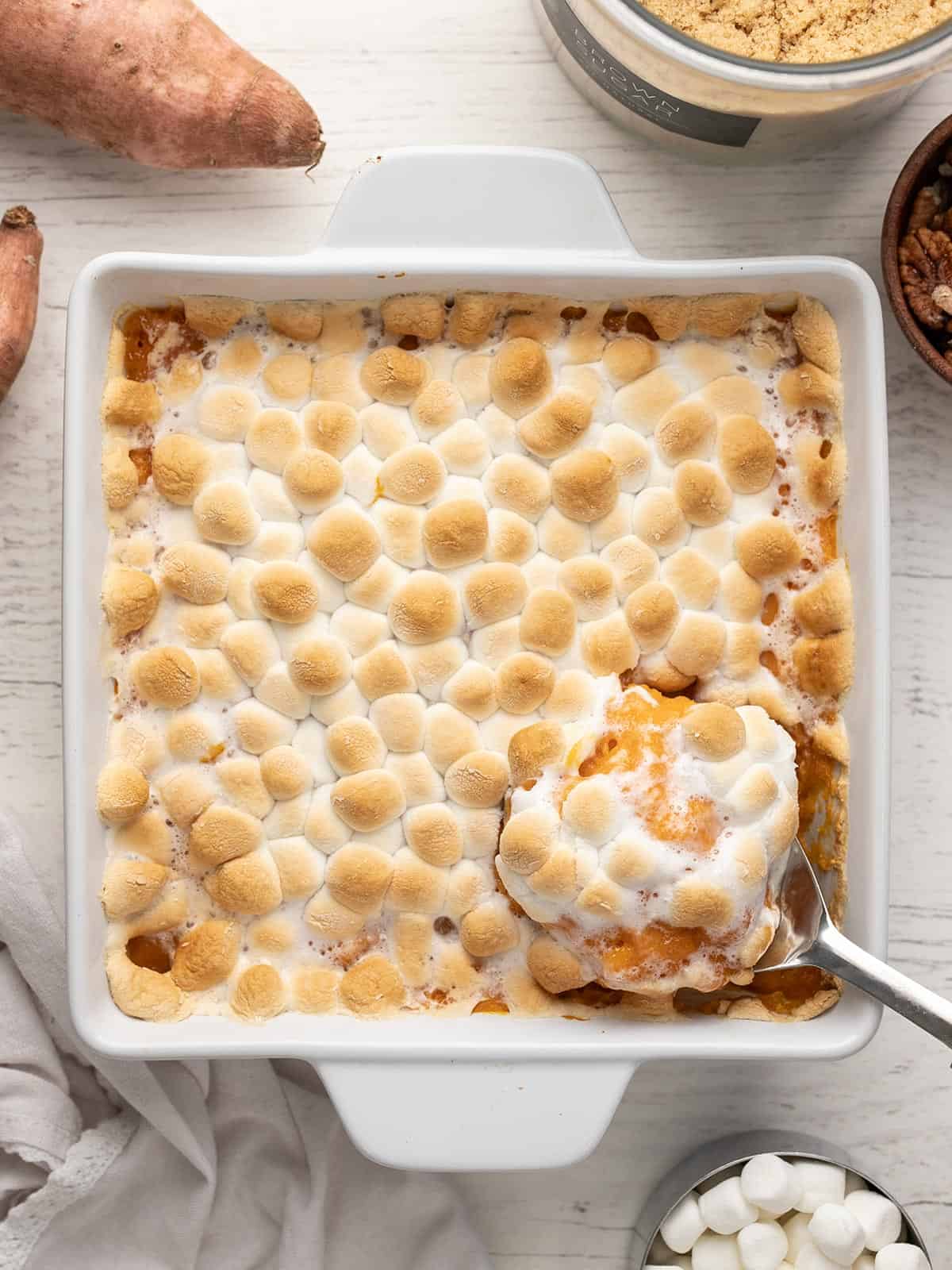 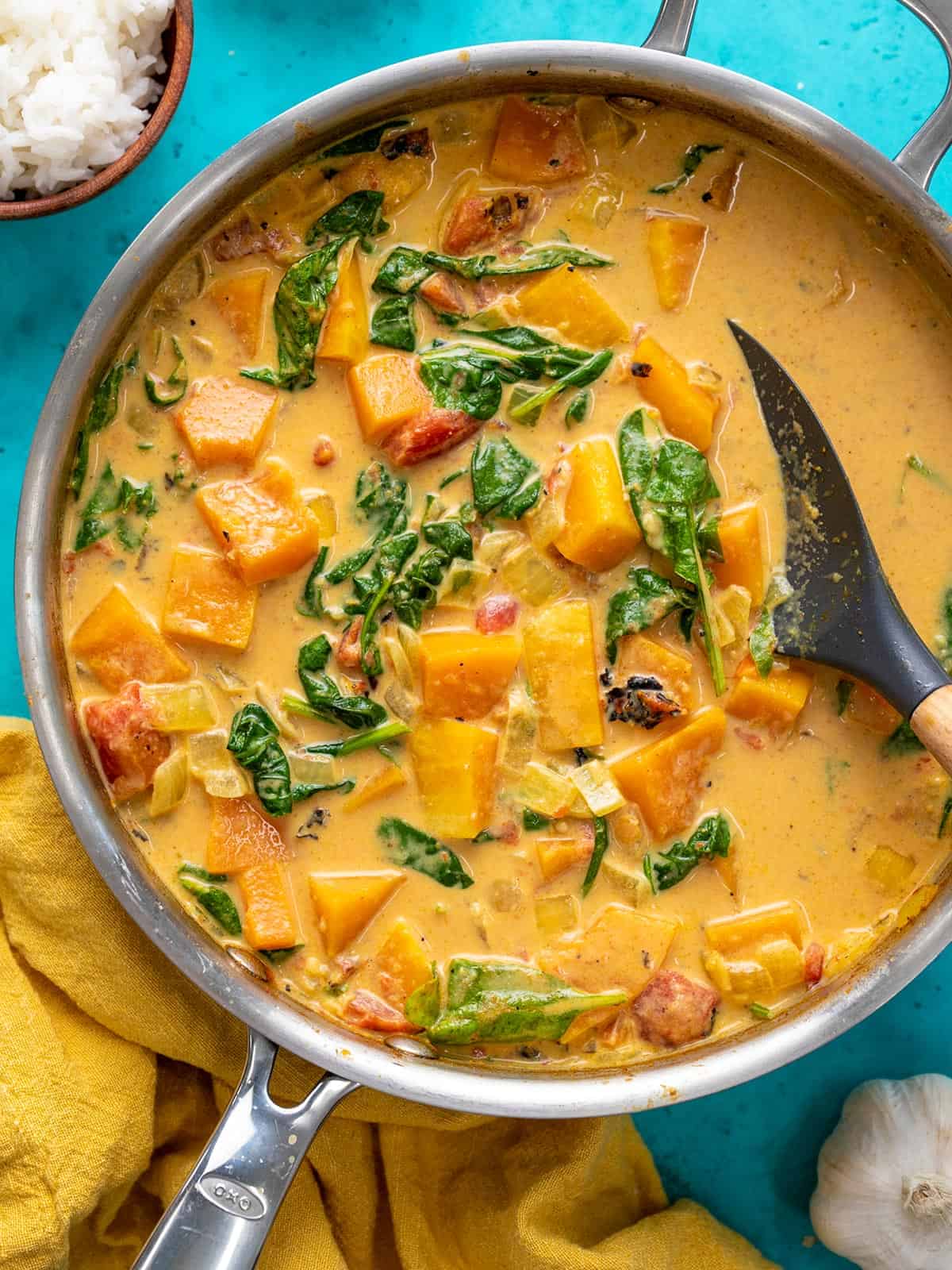 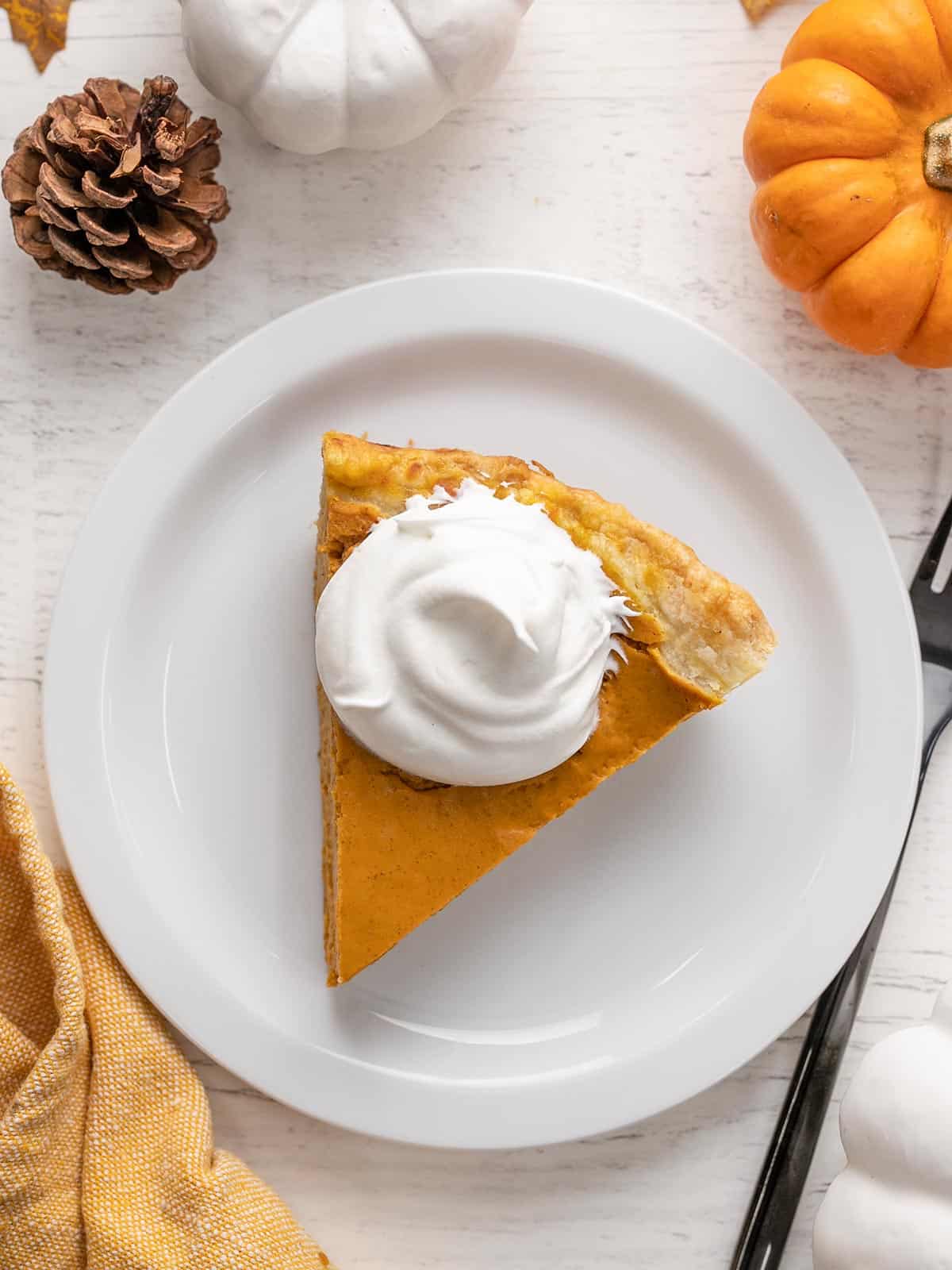 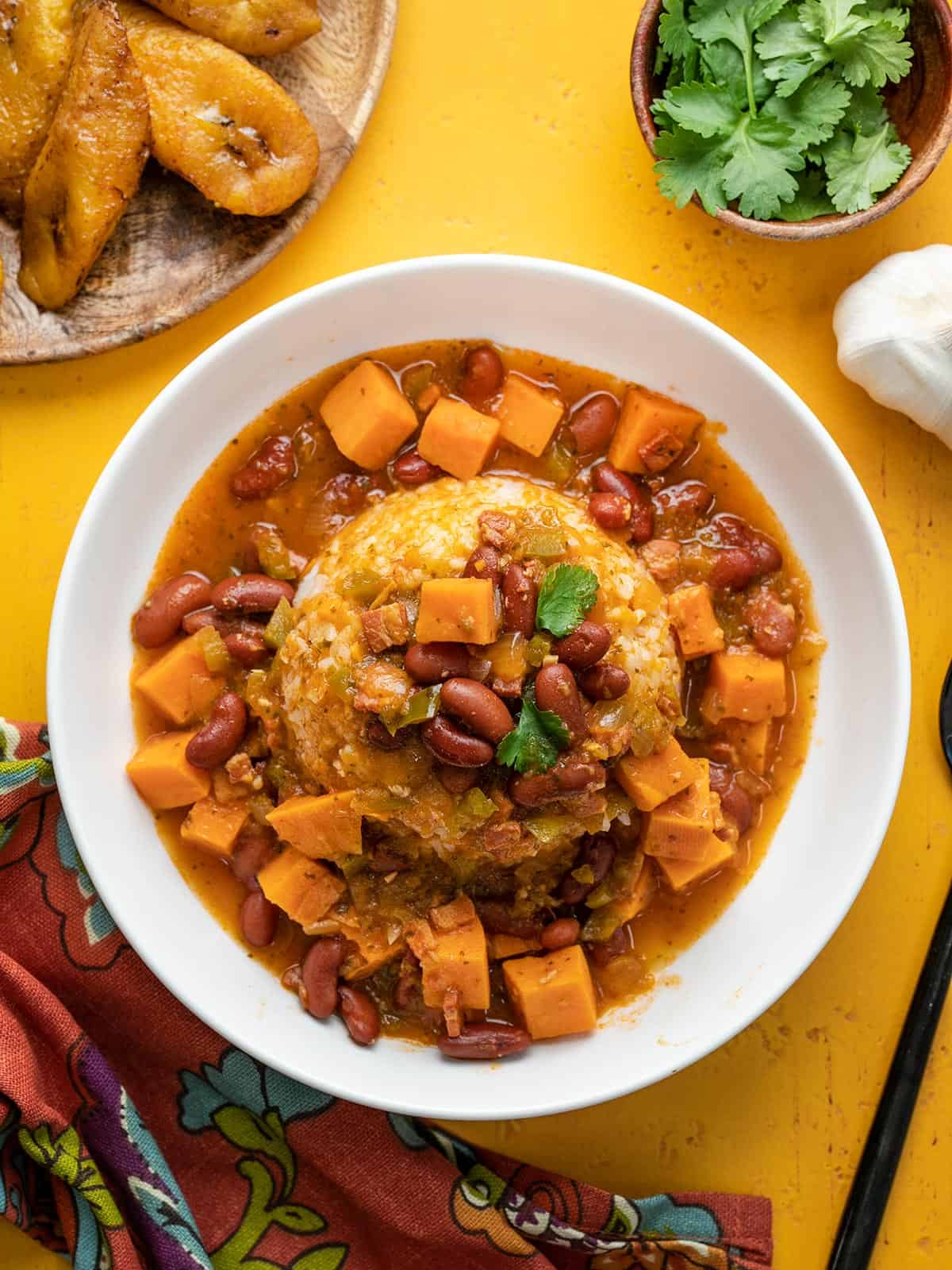 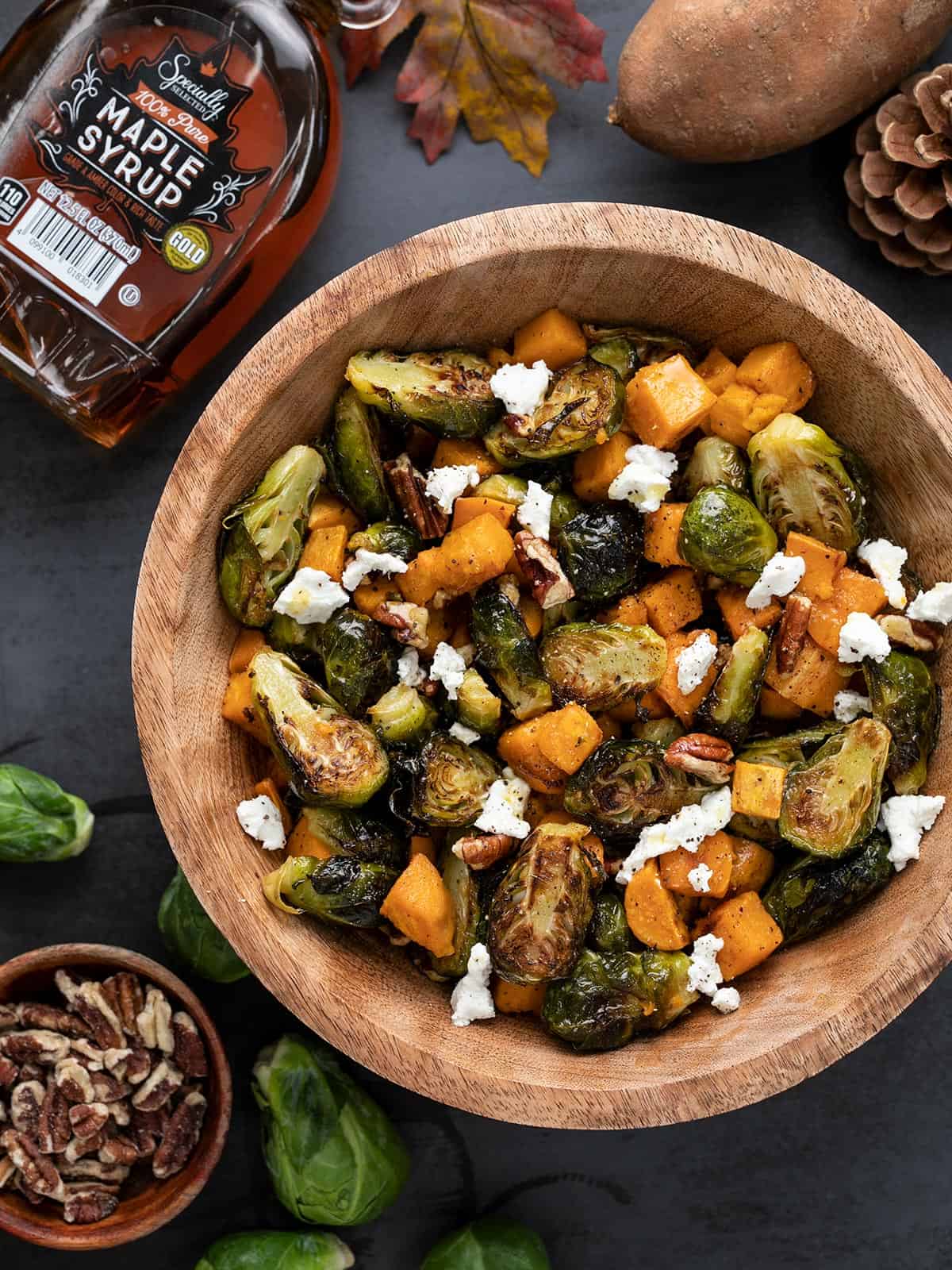 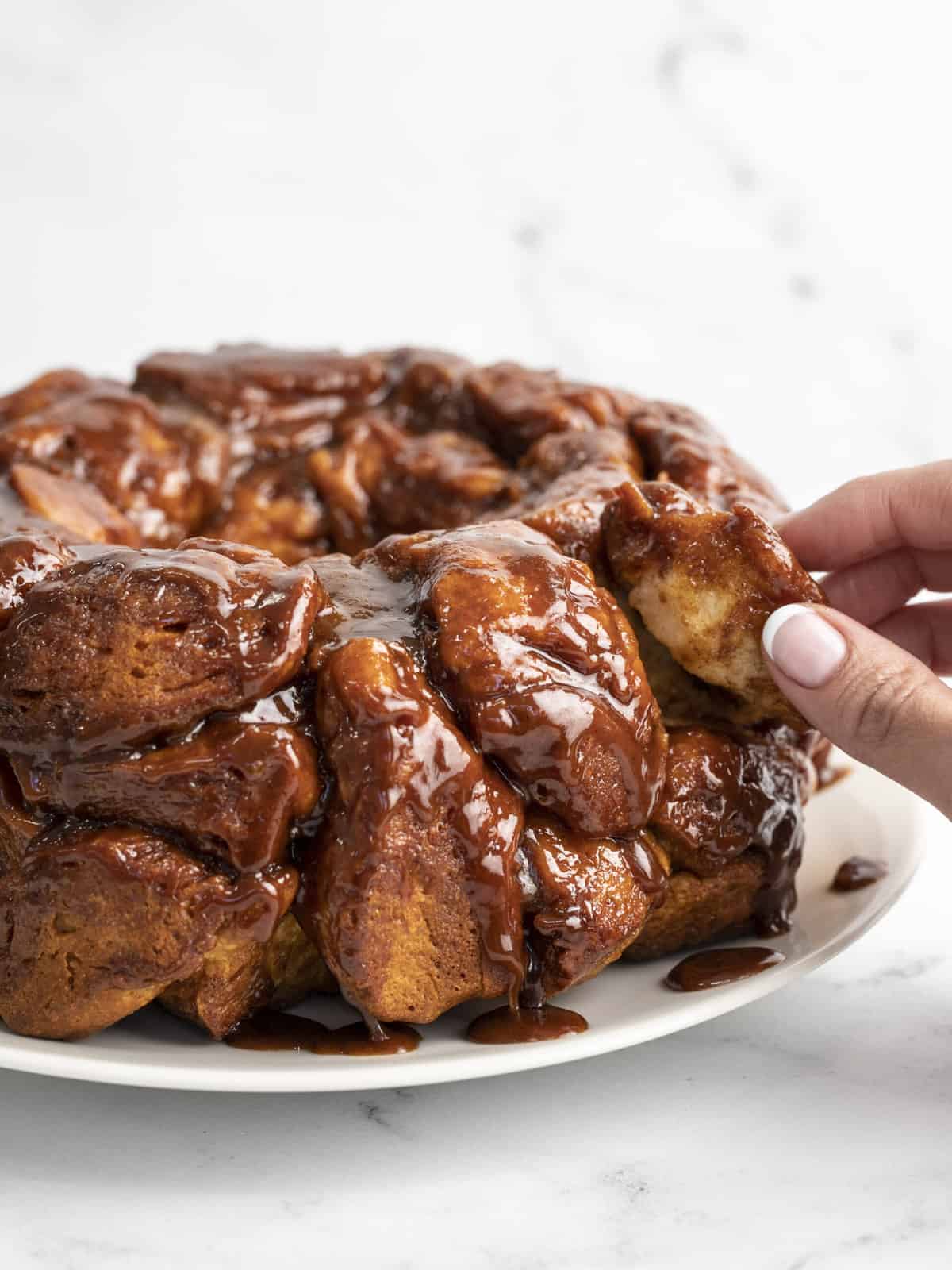 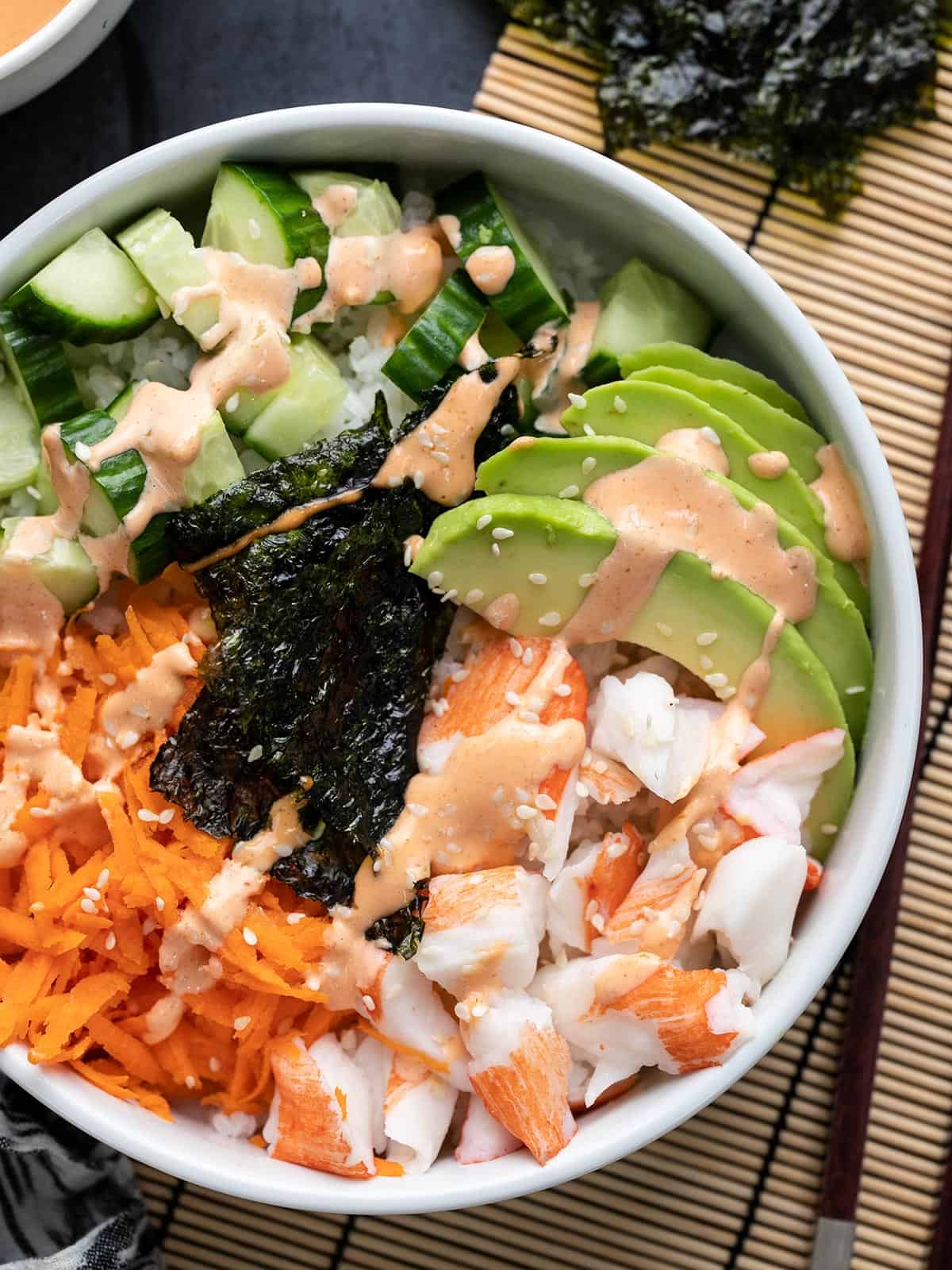 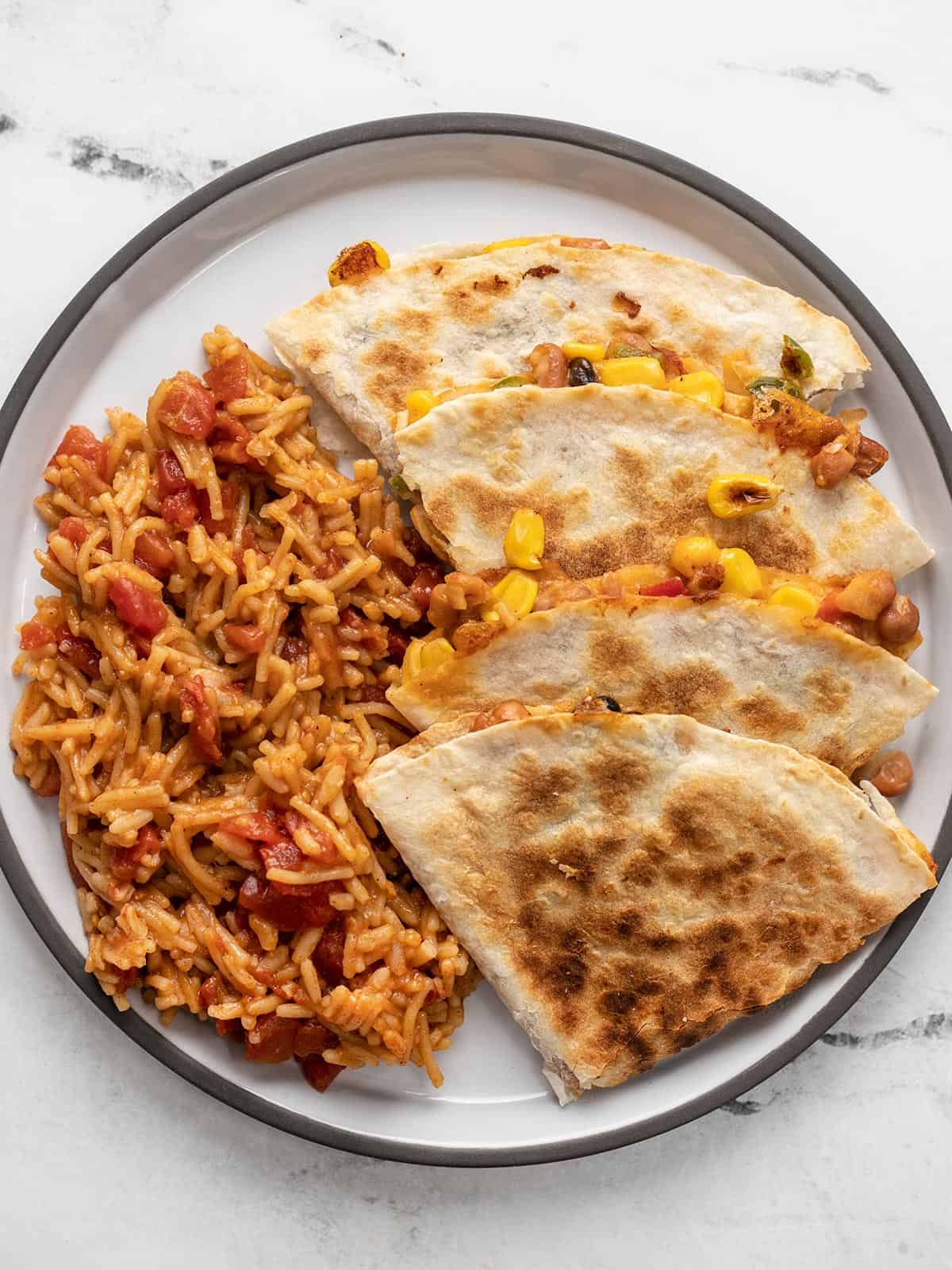 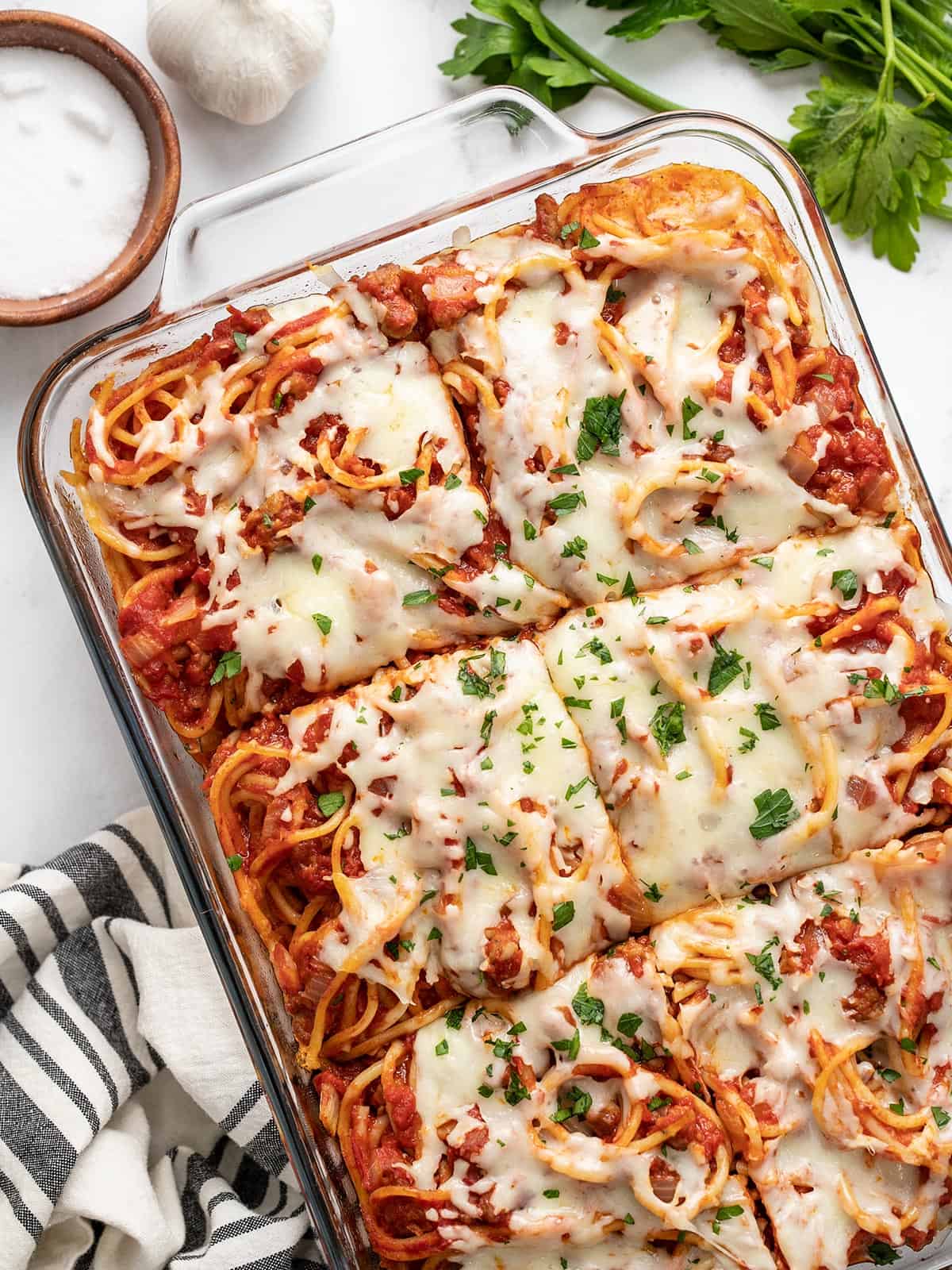