January is the season when meal prep reigns. Whether you’re just trying to get more organized or trying to refine your food budget, these meal prep noodle soup jars are a great option for make-ahead lunches. I took my favorite upgraded instant ramen recipe and transformed it into these cute and convenient meal prep jars. Just add hot water, mix, and they’re ready to eat! Bonus, the jars kept the soup ingredients super fresh for several days with NO wilting!

What is a Meal Prep Soup Jar?

These cool little jars are basically like homemade cup noodles, except with more delicious add-ins and in a reusable container. You just add hot water to the jar, mix it up to make the broth and soften the veggies, then the soup is ready to eat! So easy and so convenient.

What’s in This Noodle Soup

Similar to our upgraded instant ramen, we made our own flavored broth concentrate with a mix of Better Than Bouillon, soy sauce, sesame oil, and spices. Then we added some fresh vegetables (mushrooms, spinach, carrots, and green onions) to round out the bowl, and a little sesame seeds and sriracha for fun. These soup jars are, of course, endlessly customizable, so feel free to add your favorite ingredients!

Just like with cup noodles, fill the jar with boiling water from a tea kettle or a hot water tap (the kind on the front of commercial coffee makers), close the lid tightly, then shake the jar to mix the bouillon with the water. Let the soup sit for a few minutes to slightly cook the vegetables and soften the noodles. Give it one last stir with a fork or spoon (or spork!) and enjoy! You can eat the soup straight out of the jar, or empty it into a bowl.

How Long Do They Last?

There’s some sort of magic that happens in this mason jar that keeps the ingredients fresh far longer than I would have ever expected. For food safety reasons I don’t suggest keeping these jars longer than five days, but I will just tell you that on day five the ingredients in the soup jars looked just as fresh as they did on day one. The spinach and mushrooms showed no signs of wilting and the noodles had not dried out!

To maximize the lifespan of your noodle jars, pay attention to how you layer the ingredients. The wet ingredients always go on the bottom. Next, you add ingredients that don’t wilt easily and aren’t too absorbent (in this case the carrots, then the mushrooms). Lastly, you’ll want to add any ingredients that tend to wilt or get mushy (noodles and spinach). This layering technique separates the liquids and soft ingredients for maximum storage life! 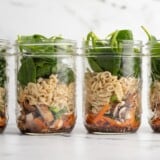 *We used vegetable-flavored Better Than Bouillon, but you can use any type of powdered or paste-style bouillon here OR use the seasoning packets that come with the instant ramen (divide each packet between two jars).

Shred one carrot and divide it between the jars (about ¼ cup shredded carrot per jar).

Bring a pot of water to a boil. Add two bricks of instant ramen. Boil for about 2 minutes, or just until the noodles are tender, but slightly under cooked. Drain the noodles in a colander and rinse briefly with cool water.

Add the rinsed and cooled noodles to the jars.

Add about ½ cup fresh spinach to each jar on top of the noodles.

Close the jars with a tightly-fitting lid and refrigerate for up to five days. When you’re ready to eat the soup, remove the lid and add 1 to 1.5 cups of boiling water.

Screw the lid on the jar tightly then shake to mix the bouillon with the hot water. Let the soup sit for a few minutes for the flavors to blend and the vegetables to soften.

Give the soup one last mix with a spoon or fork, then enjoy the soup straight out of the jar or dump it into a bowl for serving.

I topped my noodle soup with sriracha. …Because of course I did. 😉 Enjoy! 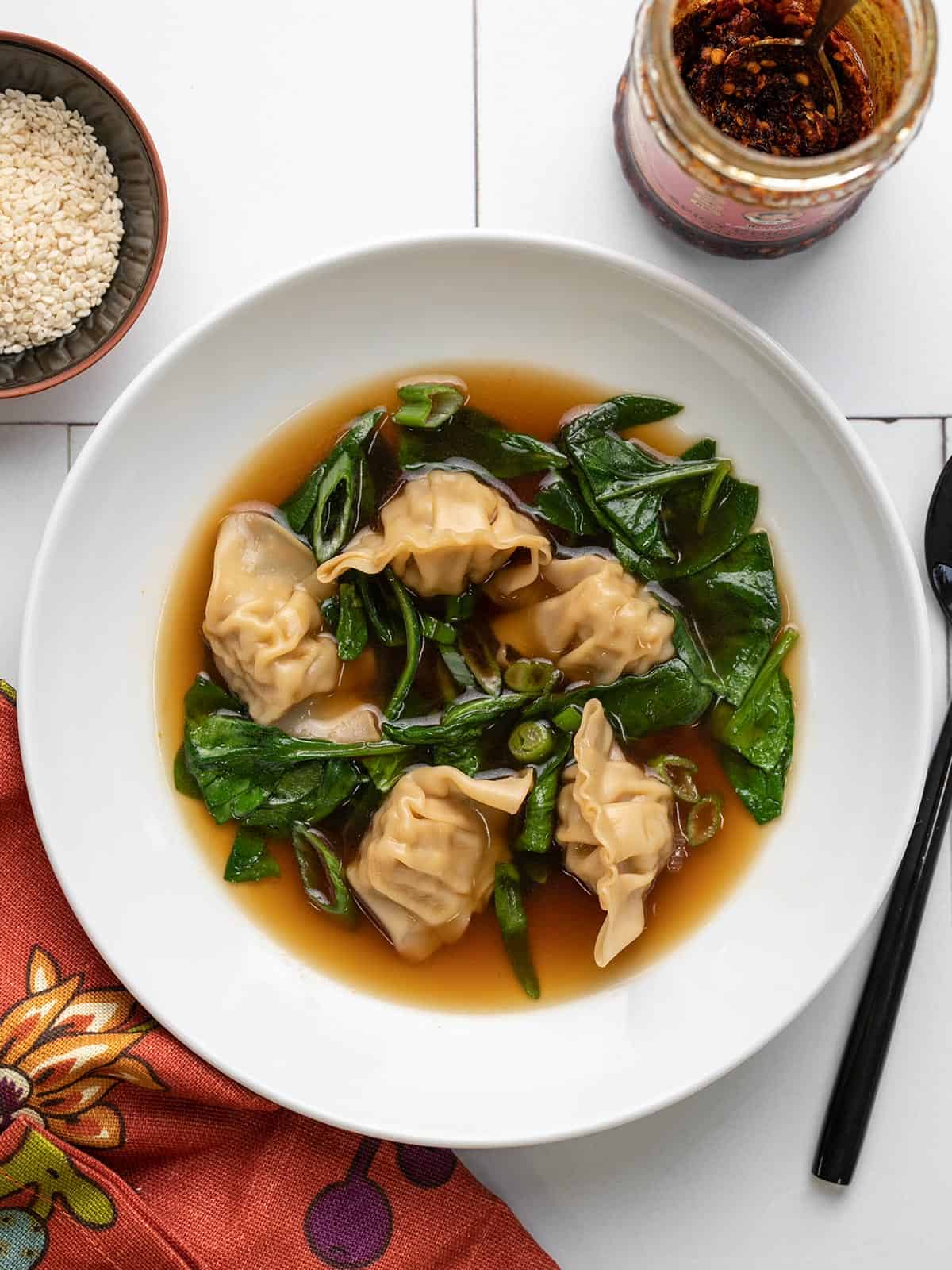 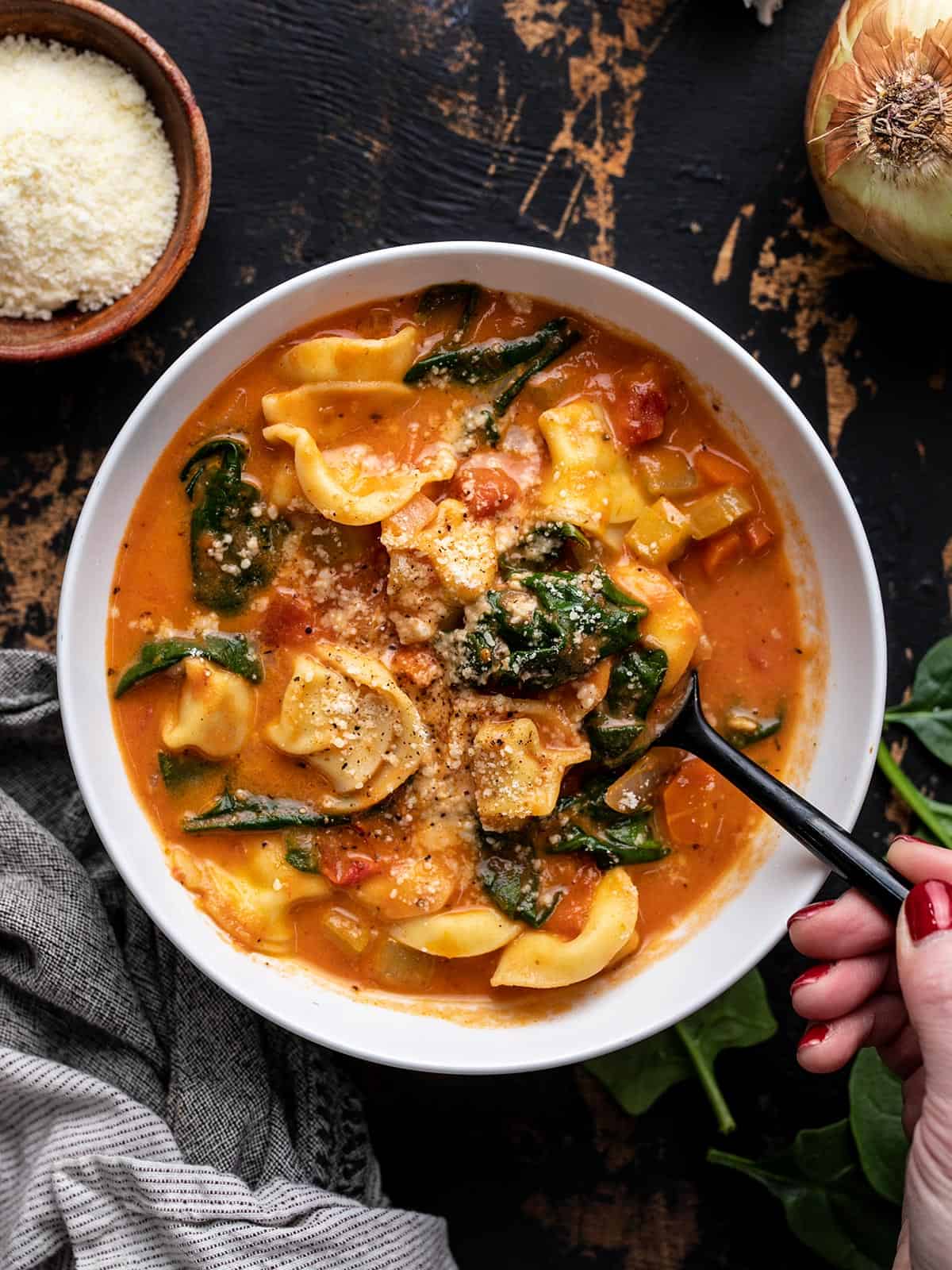 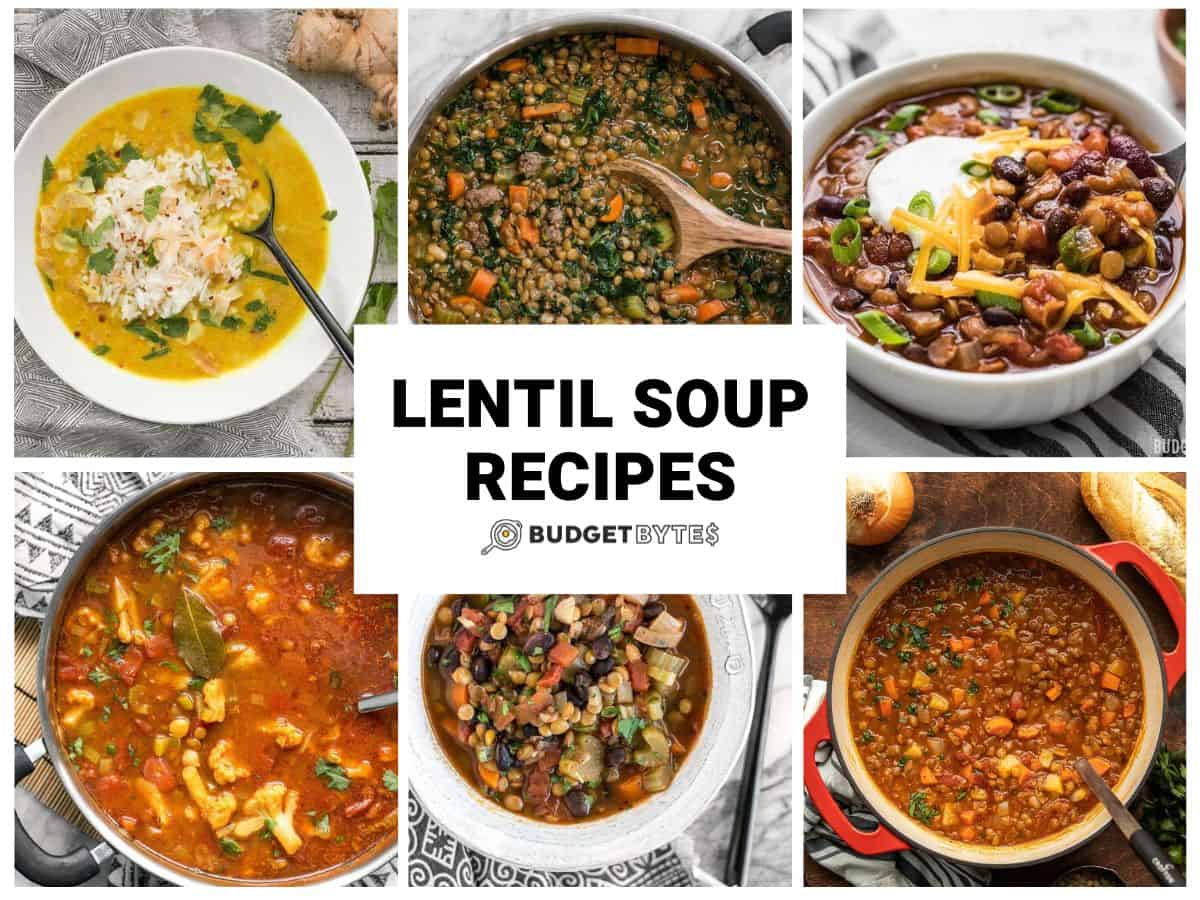 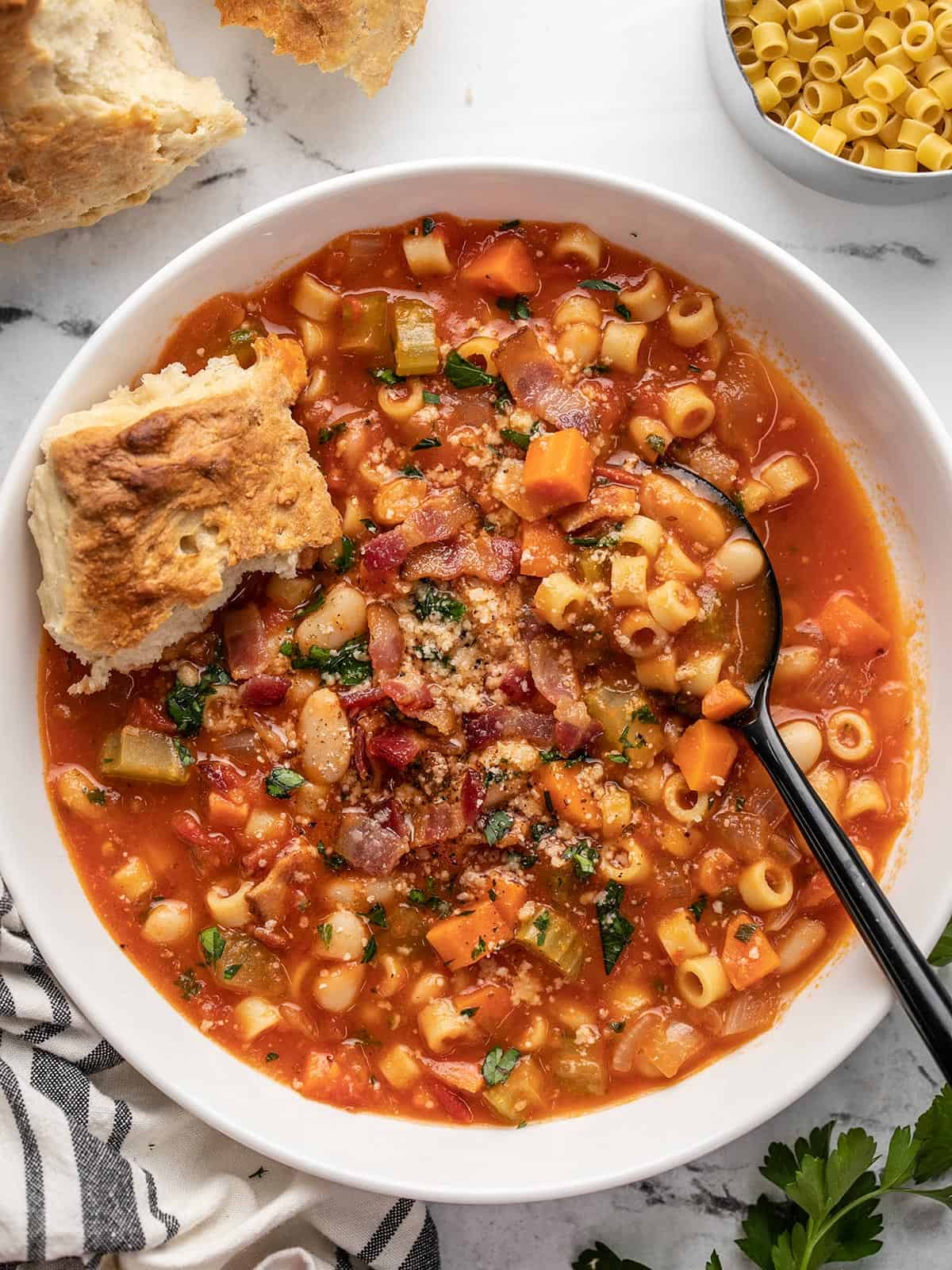 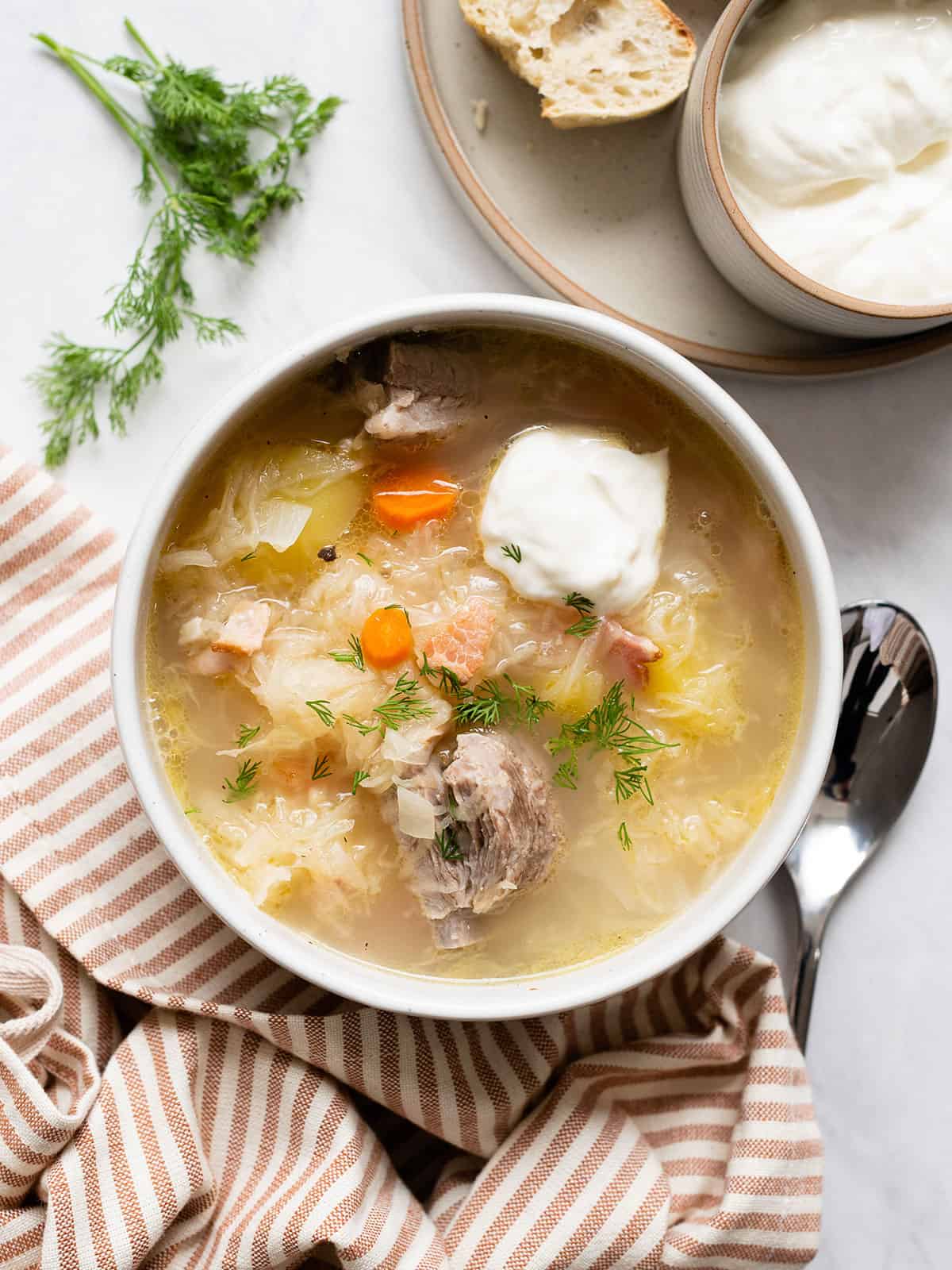 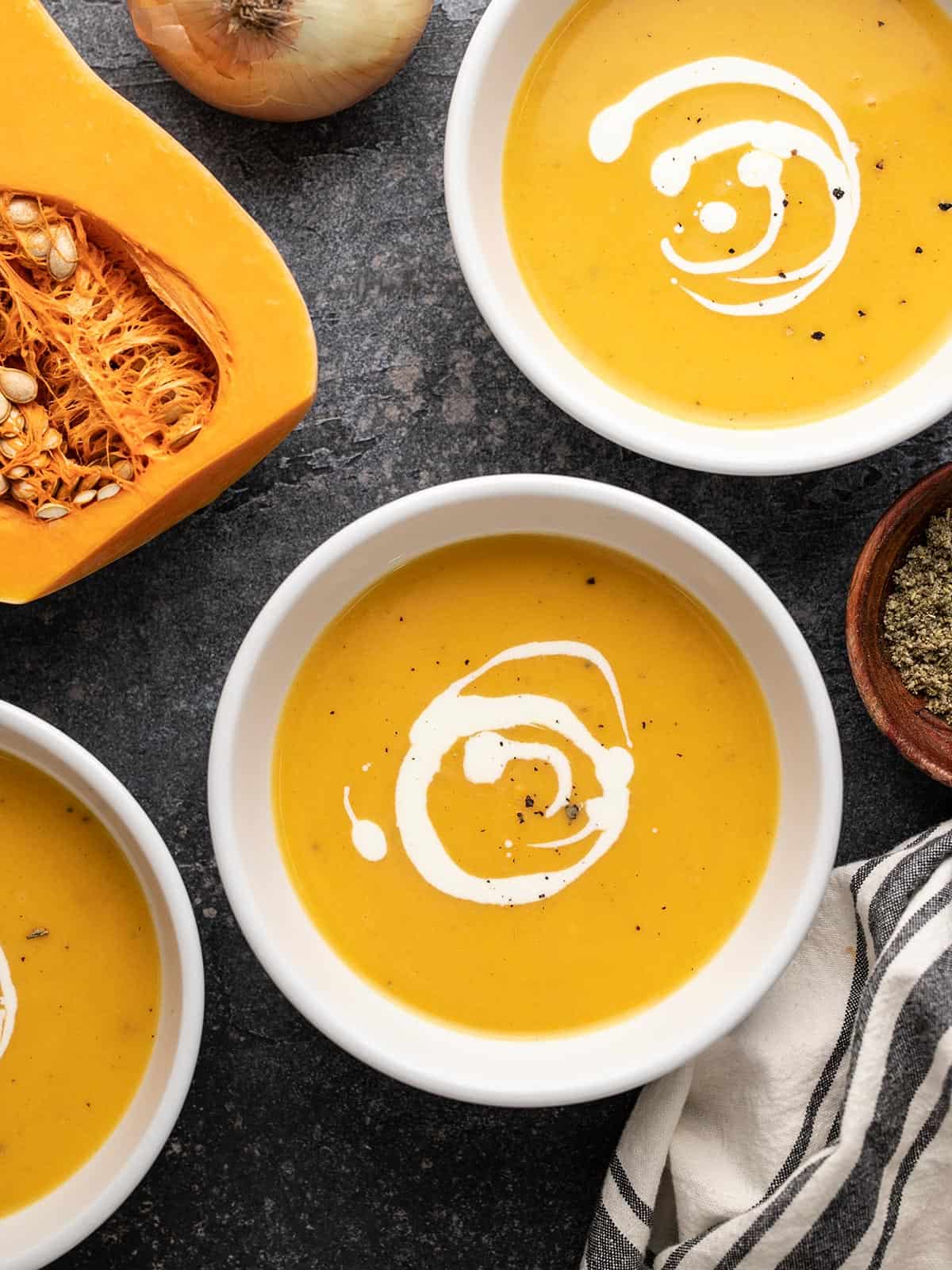 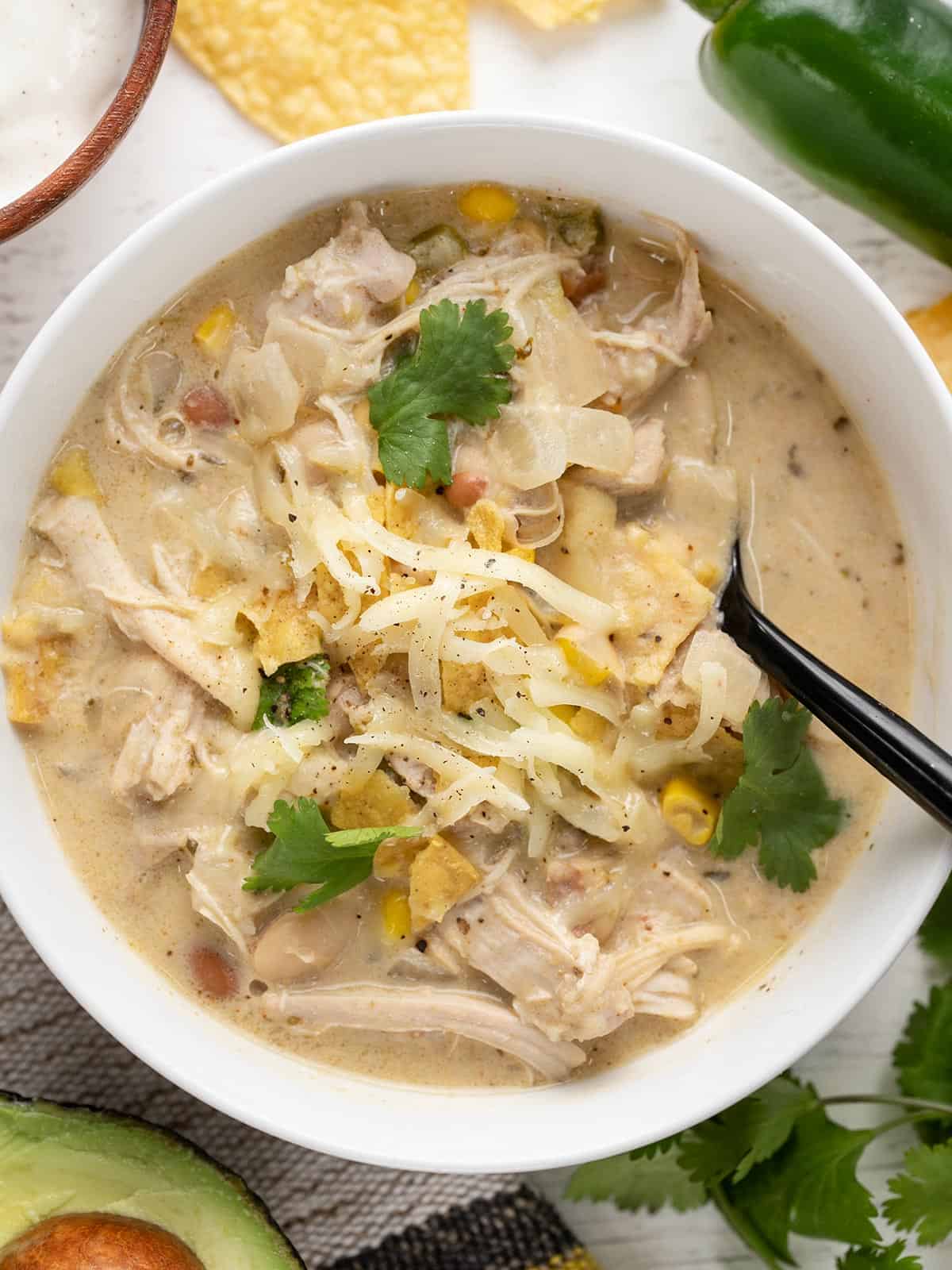 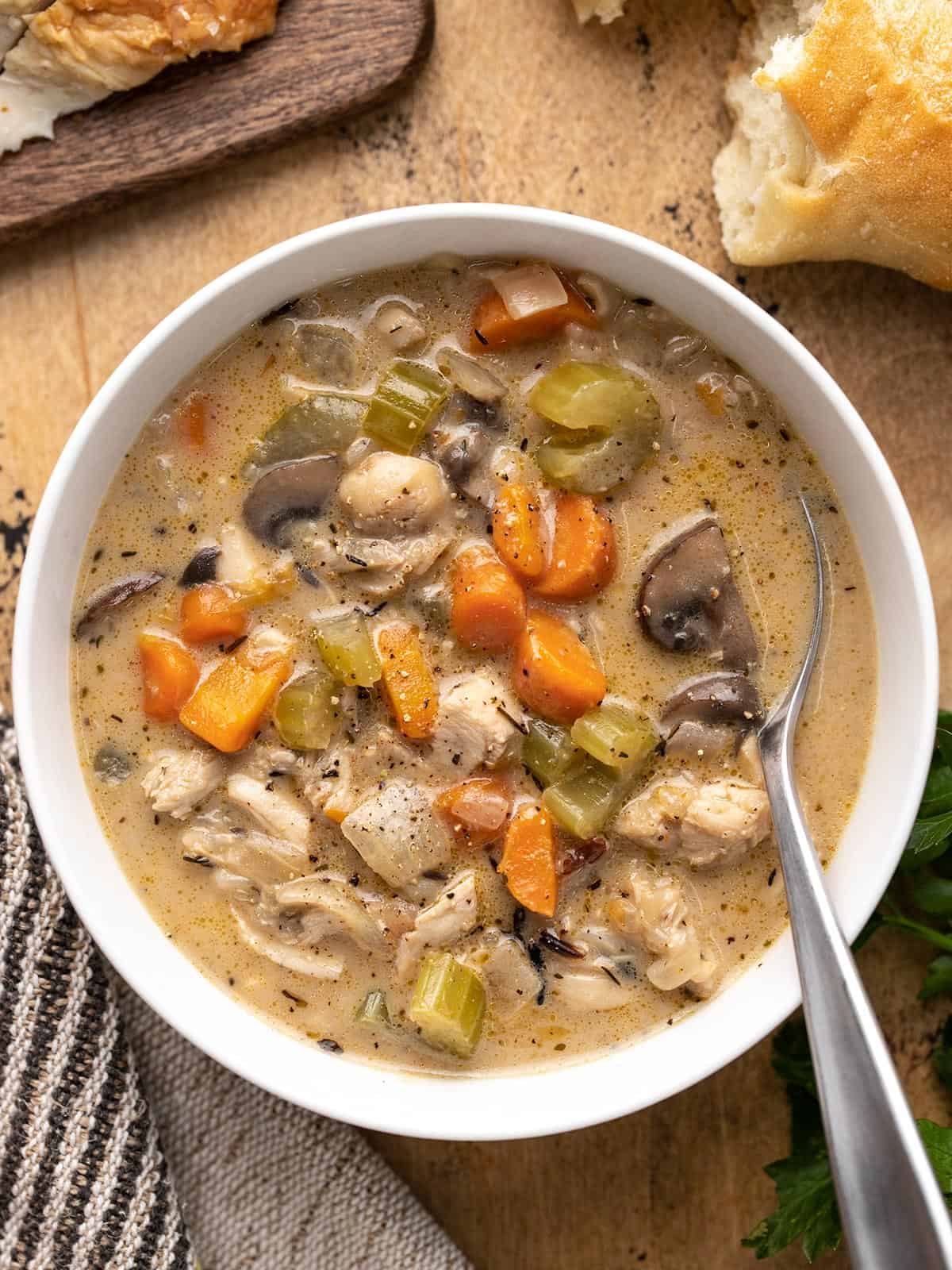 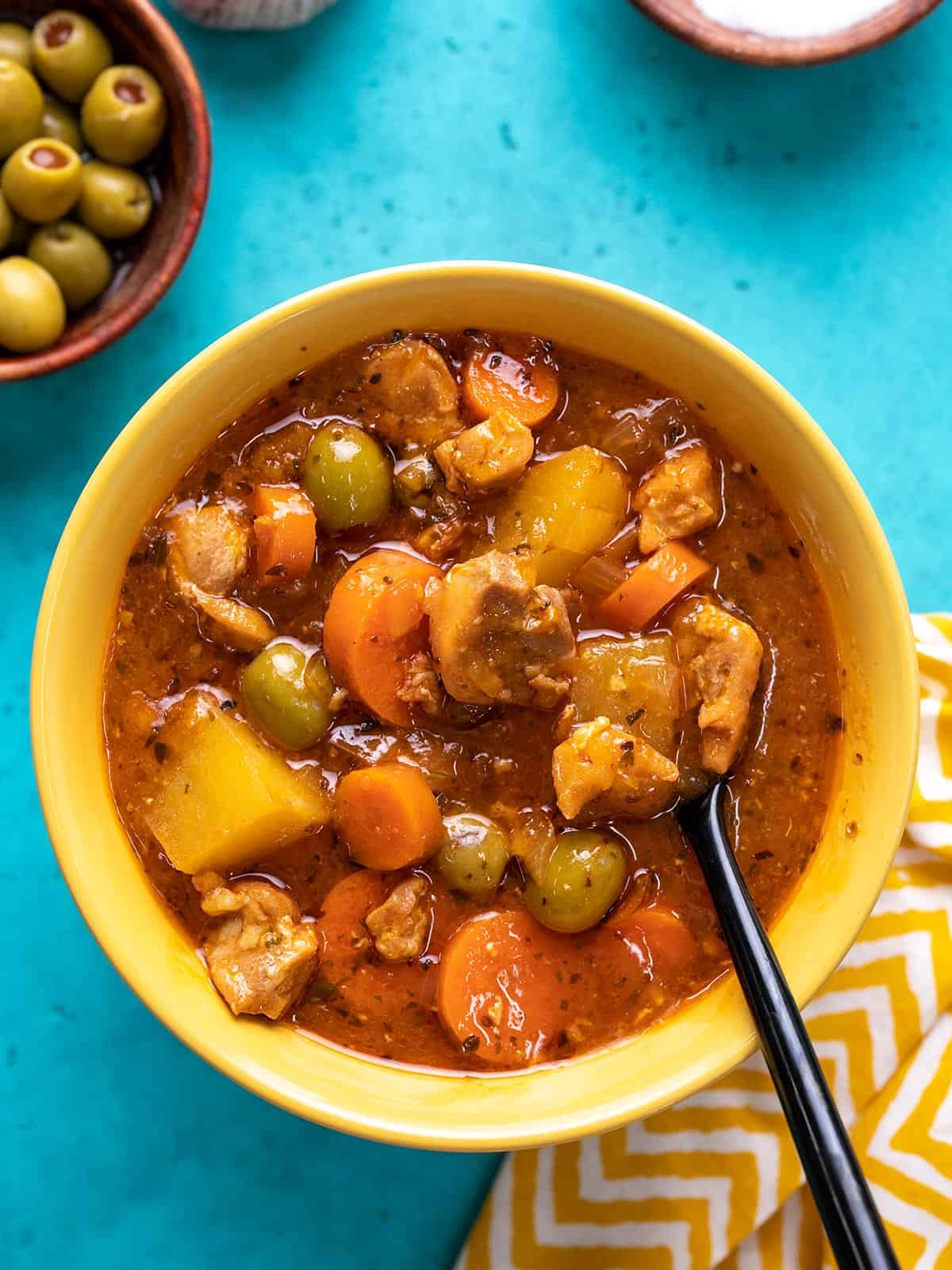 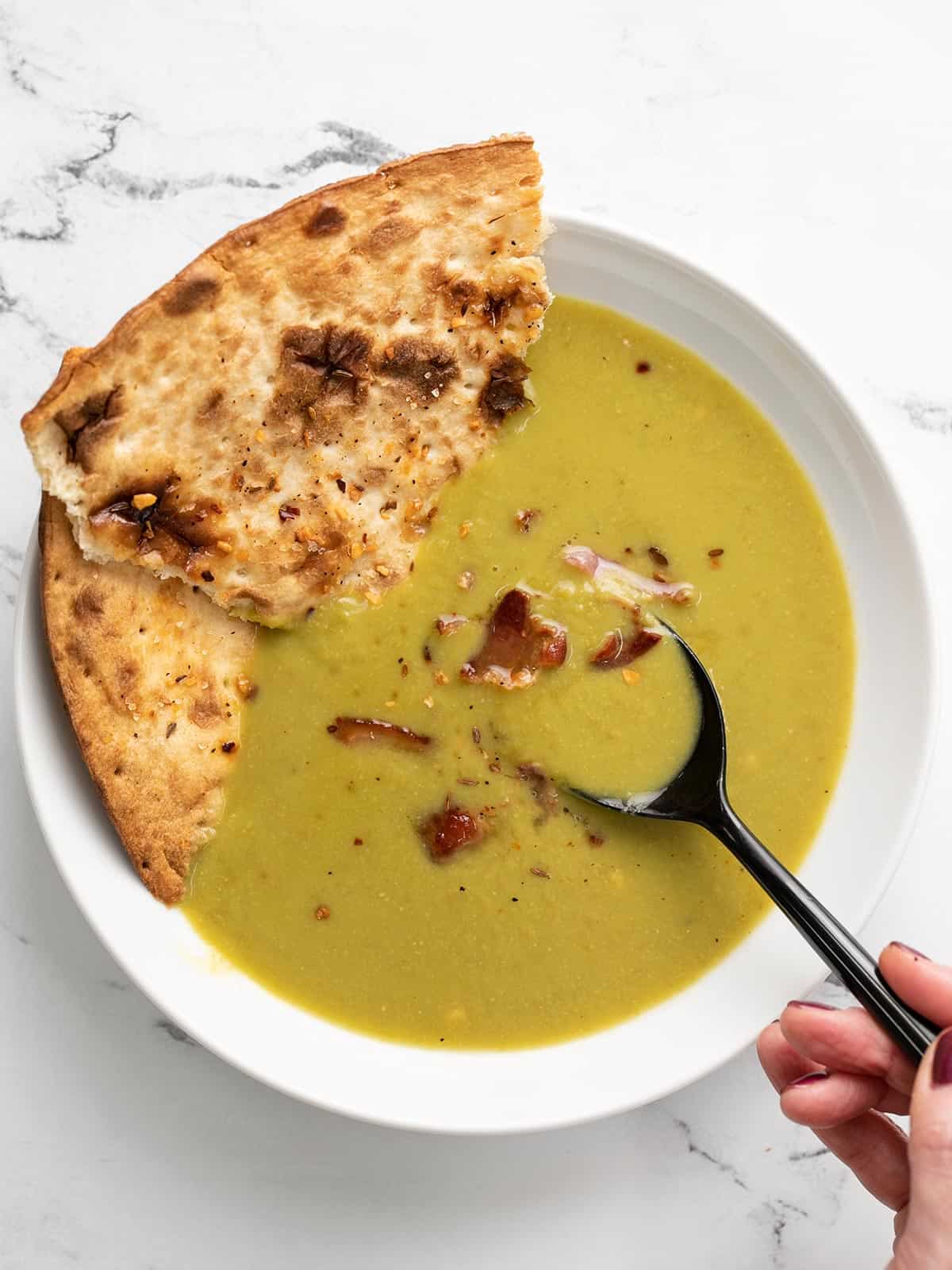